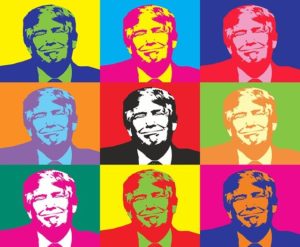 Americans won’t be able to say they did uot know

The excuse of the uniformed: “We did not know “ has eroded as technology makes the facts inescapable.

Surely in this age of social media that gossamer thin excuse has disappeared.

Some Germans might have claimed they did not know about the Nazi genocide until the Nuremberg trials painfully mapped them out.

The Truth and Reconciliation Commission obliterated any ability South Africans might have had to profess ignorance of apartheid’s crimes against humanity.

No Moroccan with a smart phone or personal computer can pretend not to know about that country’s invasion, occupation and lethal repression of the neighbouring Saharawi people..

In all three cases the perpetrators of these outrages or their supporters not only knew exactly what was happening but they have the blood on their hands from backing it to the hilt.

Let us accept that over the years millions have been swept along by the wicked wind of history.

They are not exactly innocent. Just ignorant.

So we should give the benefit of the doubt to the Americans who accepted Donald Trump as President without knowing what he really was.

His conservative support base put him in the White House for the purpose of turning the tide of liberalism that has been washing over the the United States for more than half a century.

They were prepared to put him there despite his bullying, narcism.

They are planning to keep him there to continue that trend even though he represents everything they are taught not to be.

For this to happen, there has to be support, however unwitting, from middle America.

This came from people who either don’t vote for him or will later claim they were swept along by his anti-establishment image and didn’t know what he really represented..

Monday’s bombshell from the New York Times has made that impossible.

Donald Trump has not paid tax for 12 of the past 18 years.

He paid a paltry $750 in each of his first two years as US President.

The average U.S.tax bill is about $12 000. Trump paid less tax than the undocumented workers he employed at his golf estates and resorts

How has he managed to do this?

For starters he is nowhere near as rich as he claims to be.

So the idea of the offensive, potty-mouthed braggart making himself acceptable because of his business skills is pure cant.

He has been bankrupt more times than he has had years in office.

And his business ventures continue to post millions in losses, despite his pouring into them money earned from his “Apprentice” television series.

These losses, together with some imaginative returns have allowed him to avoid paying taxes.

He claimed $70 000 for personal hairdressing.

He paid his daughter Ivanka $750 000 in consultation fees even though she is already on the family payroll.

That is called double dipping, I believe.

When Hillary Clinton pointed out during their 2016 debate that Trump has paid no taxes on some years, he interrupted her to declare: “That takes me smart!”

Are Americans prepared to pay their share and see their President dodge paying his?

The New York Times, brings up this blatant unfairness, and also points to a national security issue.

Trump owes close to $400 million dollars that will fall due during his second term, if indeed he is re-elected.

The potential embarrassment of having creditors foreclose on a sitting president notwithstanding, the most concerning thing is not knowing if they include foreign countries or individuals.

Trump’s son Eric has boasted that they don’t use American banks because they have  access to Russian funds.

What leverage does this give the Russians over the President?

An audience of 80 million people is expected for the  first debate.

Whether or not Joe Biden is able to capitalize on the bombshell revelations by the New York Times, the American people have been given the truth about the current occupant of the White House.

They will not be able to say we didn’t know.