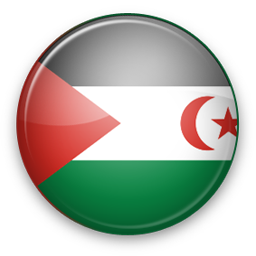 Like all the friends and supporters of the apartheid regime, the absolute monarchy that is Morocco hates being reminded of this.

So I was not surprised when the envoy from Rabat Youssef Amrani  walked up to the podium where I was speaking from at the Pretoria Country Club and yelled “Liar, liar” when I compared the regime of King Mohammed VI to those of John Vorster and P.W.Botha.

was reporting on at the United Nations in New York at the time.

So strong is Morocco’s wish to obliterate this truth, now that it is trying to forge better relations with African nations, that it forces its servile media to comply.

I have had personal experience of this having once attended an editorial conference of the newspaper Le Matin du Sahara.

When I asked whether they would ever publish a piece criticizing Morocco’s occupation of the Western Sahara, the editor sidestepped furiously.

When I followed this up with a question on whether they could ever, under any circumstances criticize the king, he literally left the room.

Since I was an official guest of the Moroccan government my visit was reported.

The next day the newspaper carried my picture taken with the editor in the pressroom.

The caption said the South African visitor had expressed amazement about the technology available to the newspaper.

Honest journalism has no place in a country where the leaders display a capacity to lie repeatedly to please the king.

Over the years I have noted the similarity in the ability of the Moroccans and the apartheid regime to shoot themselves in the foot.

When they reach a crossroad with an option between ethical behavior and ignominy, they can be relied up to take the latter path every time.

This week Morocco fumed as Spain taking in the President of the Saharawi Democratic Republic, Brahim Ghali, for COVID treatment.

Relations between Ranat and the former colonial power are shaky at best.

It was when the dictator General Franco died and Spain quit the Western Sahara that Morocco sent its troops in.

When Spain decolonized in Morocco, it retained two enclaves, Ceuta and Melila, on the African mainland to protect shipping on the Mediterranean and it has refused persistent Moroccan calls for their return.

Moroccan desperate to flee the poverty and parlous human rights in their own country frequently risk personal injury by trying to scale the two-meter-high, barbed-wire-topped fences around these enclaves which means effectively they have reached European territory

Not surprisingly, Spain has not apologized for its humanitarian gesture in treating President Ghali.

One has to ask what occurred to the Moroccan authorities to protest?

The Moroccan media have been dragooned into a rearguard action bombarding social media with reports of Spanish courts seeking to drag the president into court, based on complaints from a Saharawi dissident.

The mainstream media and the Spanish authorities put paid to this with discounting any idea of Brahim Ghali being summonsed.

One might say this has dented Moroccan credibility. However it is impossible to damage a quality that has not existed in decades.